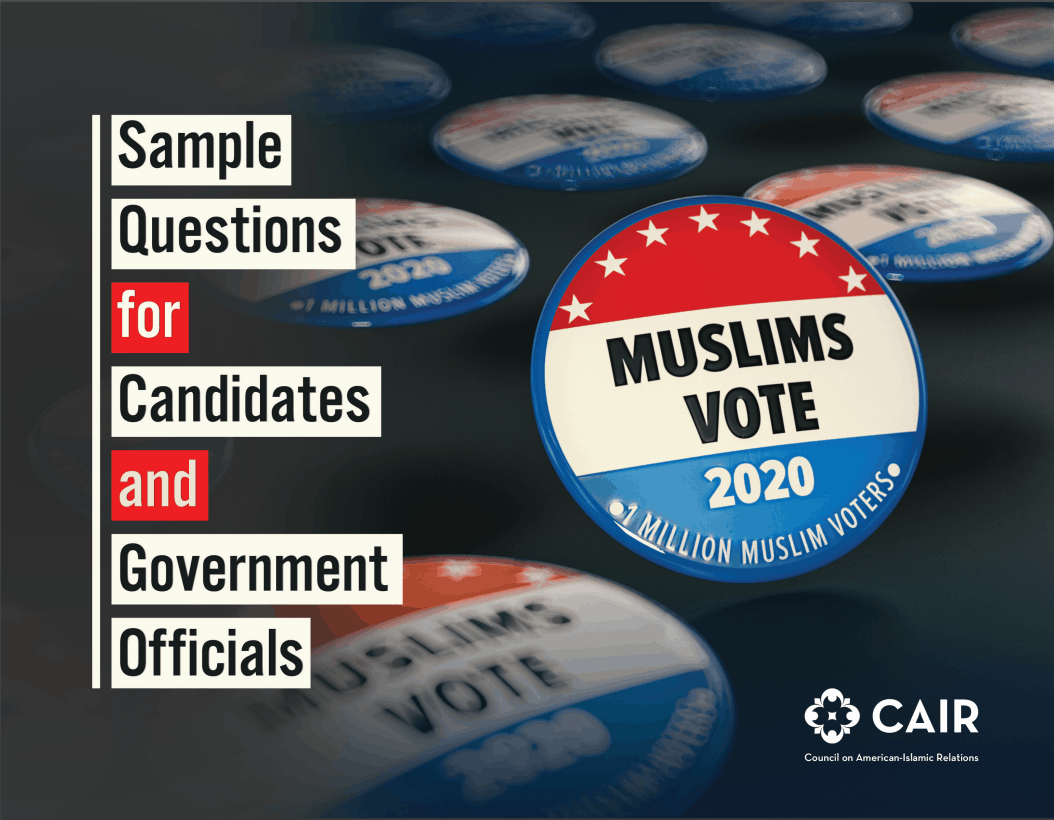 CAIR kicked off the campaign with the release of its 2020 General Election “Sample Questions for Candidates and Government Officials” toolkit and a “State Voter Registration, Primary, Caucus, and Special Election Calendar” as a Muslim community resource.

“CAIR is excited to launch our robust ‘Muslims Vote’ 2020 General Election campaign to support turning out our nation’s one million registered Muslim voters during the primaries and in November,” said CAIR National Executive Director Nihad Awad. “Unlocking the voting potential and political power of the Muslim community is CAIR’s number one goal.”

Awad added: “The 2020 General Election is a pivotal moment in the history ofour nation and the American Muslim community. There is a lot at stake for our community and this election presents Muslims with an opportunity to unite and work together to ensure we are civically engaged, registered to vote and turn out to vote at greater levels than ever before.”

This election year CAIR’s national network of 31 offices in some 20 states will promote its 2020 “Muslims Vote” campaign through local voter registration drives and get-out-the-vote initiatives, in addition to hosting candidate forums and debate watch parties.

CAIR’s 2020 questionnaire is an update to its 2016 questionnaire and provides sample questions for Muslims to ask local city council, mayoral, state legislative, gubernatorial, and congressional candidates running for office and government officials.

Candidate responses to CAIR‘s election questionnaire will assist American Muslims in evaluating each candidate’s leadership criteria and their ability to unite and engage the community on policies and programs that meet Muslim needs.

The questions and the issues included in the questionnaire emphasize theAmerican Muslim community’s concerns, as well as those of its civil rights, immigrant rights and worker rights allies.

Other components of CAIR‘s “Muslims Vote” election campaign include:

Coming Soon: In the next few weeks, CAIR plans to relaunch its “Muslims.Vote” website with updated community resources, and working with its national network of chapters, will release this fall, congressional scorecards and presidential voter guides to ensure that American Muslims are knowledgeable about the candidates and their positions.