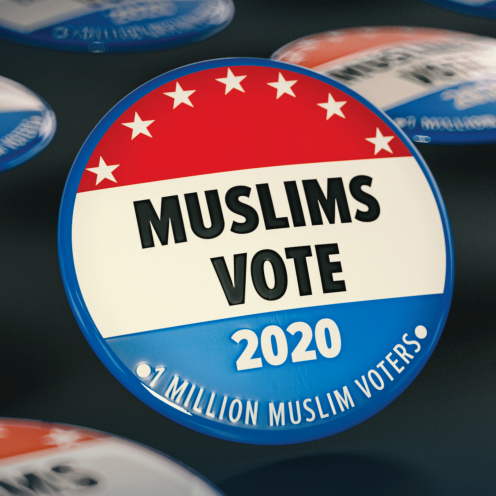 (WASHINGTON, D.C., 3/2/20) – The Council on American-Islamic Relations, the nation’s largest Muslim civil rights and advocacy organization, today announced that it is sponsoring a targeted get-out-the-vote robocall campaign that urges American Muslim voters nationwide to go to the polls throughout the primary election season, including on Super Tuesday.

The robocall, which is scheduled for broadcast the night before each and every state’s primary or caucus election, targets more than 147,504 Muslim households representing some 605,135 registered American Muslim voters. CAIR estimates there are well over 1 million registered American Muslim voters in the United States with large communities residing in key swing states.

In addition, CAIR plans to conducted an automated telephone exit poll survey or registered American Muslim voters who reside in Super Tuesday primary states on the evening of March 3. CAIR has commissioned the independent polling company, Triton Polling & Research of Henderson, Nev., to conduct the calls and exit poll.

SEE:#MuslimsVote PSA: CAIR Urges Muslims to Get Out the Vote in Primary and Caucus Elections

If you believe your voting rights have been violated while voting, please contact the Council on American-Islamic Relations at (202) 488-8787 or [email protected].

NOTE: As a nonpartisan tax-exempt organization, CAIR encourages American Muslims to participate in national and state elections. CAIR does not support one candidate or political party over another.